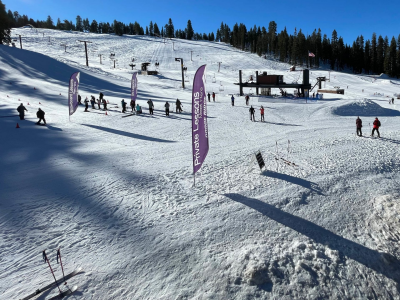 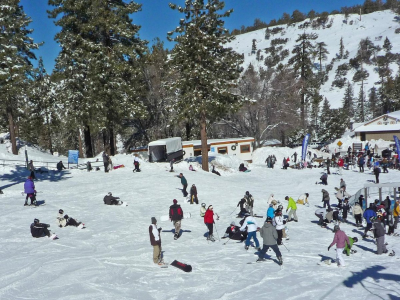 China Peak has been sold to a group that owns two other popular California ski resorts.

The ownership group that owns Mountain High Resort in Southern California and Dodge Ridge Mountain Resort in the northern part of the state has purchased China Peak. It will serve as the group’s Central California presence.

China Peak had been owned and operated by Tim Cohee for the past 12 1/2 years.

“China Peak represents an appealing market in Central California that gives us a strong hold on a broad geographic market from Southern California all the way to the South Bay,” said Karl Kapuscinski, who is part of the new ownership group and is a longtime veteran of the mountain snow-resort industry.

“It made good sense for us to add China Peak and start to build an even larger audience than any of the three resorts can do on their own. “China Peak is a terrific mountain that is comparable to all but the mega resorts in Lake Tahoe in terms of size and elevations.

Tim’s done a great job dramatically increasing its appeal to the greater Central California market, from the Valley to the coast. The Peak really completes our strategic goal of providing a multi-resort pass to most of California by next season.

Financial details of the sale of China Peak were not immediately known. The change of ownership took place during the first week of December.
Cohee, who upgraded the hospitality area and improved food service among his highlights as owner, will continue to operate China Peak “for the foreseeable future.”

The new ownership said no changes are expected to be made in China Peak’s resort management staff. Among those expected to remain aboard are two of Cohee’s sons, Troy and Tristan, who handle several departments, including the food and beverage operation.

“I’ve known Karl a long time, have a great deal of respect for what he’s done at Mountain High and his plans for Dodge Ridge,” Tim Cohee said in a news release.
“As a ski marketer at heart for over four decades, the opportunities we see between these three resorts in terms of new products and branding are very exciting.”

The resort plans on installing a second quad chair during the summer of 2023. New ownership also plans to announce a number of new season pass and lift ticket products for the 2023-2024 winter campaign.

Mountain High Resorts is in Wrightwood, about 90 minutes from Los Angeles and Orange County. Dodge Ridge is in Tuolumne County off Highway 108.

The lift lines at China Peak are much shorter!

China Peak is quite possibly the best kept secret in the Sierra. It is a fact it is the only Central Sierra resort on the west slope offering terrain, acreage and elevations comparable to Tahoe ski resorts. Many avid Bay and Central Coastal area winter enthusiasts have already made the switch. Waiting for them is a family-friendly atmosphere and smaller crowds. Shorter lift lines allow more actual skiing and boarding. Perhaps just as important, they like the idea of a less time consuming drive to and from the region as well.

While the mountain is well known to Central Valley riders, skiers and boarders should note that it is just a four hour drive from anywhere between Santa Maria and San Francisco. So get excited, wax your boards and make a reservation. China Peak is here for you!

Let’s talk about the mountain. With a base at 7,000 feet and a top of 8,700 feet, this place can get a ton of snow. China Peak has great overall structure. It offers a drop of nearly 1,700 vertical feet. Plenty of lifts get skiers around the mountain, including three moving carpets in the beginner area, as well as three double chairs and four triple chairs.

One terrain park, Tollhouse - is served by Chair 4 and is the most popular. Here riders can go big without worrying about people dropping in on them. The mountain’s skiable vertical rivals the Tahoe resorts like Alpine, Northstar, Sierra and Sugar Bowl.